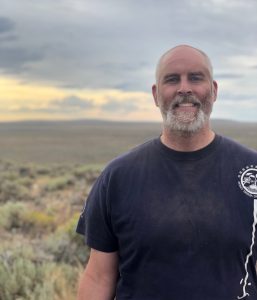 Hi there. My name is Adam Bigelow. I grew up in the small town of Boring, Oregon. In 1997, I moved to Japan for the first time and fell in love with the food and culture. After graduation, I took a 2-year job working in Japan for Oregon’s sister state (Toyama Prefecture). After that, I was hired by a US-based multinational translation company to start up and manage subsidiaries all over Asia. All in all, I lived and worked in Japan for about 15 years.
In 2016, I moved back to the US and started a small consulting company. That summer, I decided to visit the Oregon Sunstone area as I remembered having a collection of the stones when I was young. While there, I met a mine owner and we quickly became friends. I asked him if he would mind if I took some of his gems to Japan to see if they would sell and he hired me as his consultant and agent.

We now have permanent booths at the largest gem and mineral shows in Japan and work with some amazing local artists. This owner also got me into gemstone faceting, which I enjoy greatly.
After that, during a trip to the mines in 2018, I met the group of guys that I would eventually partner with to create Sun Summit Sunstones. Each member on the team brings a particular set of skills that makes us, as a group, unique in the small community of commercial Oregon Sunstone mine operators. 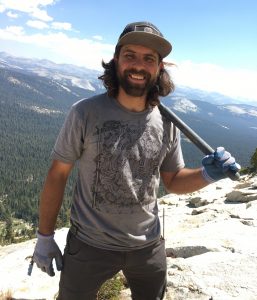 Ryan’s passion for rocks and minerals has been alive since he was a child. Crystal mining and prospecting became a major part of his life in 2007, and this addiction has led him into a life of passion for gemstones. Today, Ryan is 35 years old, and is moving forward with a hand in some of American’s most prolific gemstone and mineral specimen mining operations.

Then, in 2017, he shifted his focus in life from being a touring musician to the lapidary arts, carving unique and original art into gemstones. Originality, passion, and a desire to create new and innovative art in the lapidary field is his main goal. Ryan has been making quite an impact in the world of non-traditional gemstone designs. It wasn’t long until he found that he was able to translate his love for geometry and symmetry into his gemstone carvings.

In his first year of cutting, Ryan received a Spectrum award for his design titled “Efflorescence”, cut in an 89 carat piece of Rwandan Amethyst. Since then, he has been innovating newer and more intricate designs. Ryan has quickly made a name for himself in the high end jewelry world. Consequently, he is collaborating with some of the most talented jewelers in America. His roles as a co-owner of Sun Summit Sunstone Mine, and the world famous amethyst scepter locality known as Hallelujah Junction are just the beginning in a lifelong journey of finding treasures beyond the wildest imagination. 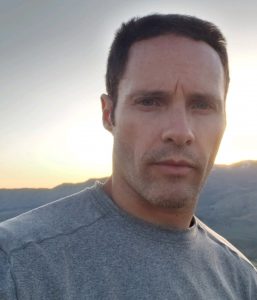 John Willis is owner of 1of1Gems.  Curating to those with a discernment for the unique and memorable in gemstones and jewelry.

Introduced to the mining world in 2009 by good friend and fellow co-owner Ryan Anderson.  It was love at first sight hand digging for rare one of a kind crystals and he’s been hooked ever since.

As a result this led him to discovering Oregon Sunstone. He immediately fell  in love with its rarity, exclusivity, and of course beauty. 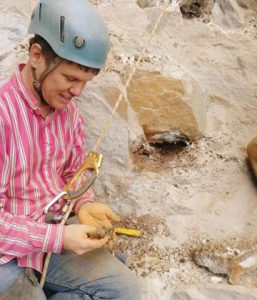 As a life-long field collector identifying and collecting in new localities has been an important element of family vacations while growing up and now with my own family.   In 2002, a field trip to Spruce Ridge in Washington State ignited a passion for artisanal mining.  I now mine with my partners and children, Jeremy and Thea, at our projects across the western U.S.  Quartz, with its many forms and companion minerals, is my focus. When not in the field, I am cleaning, preparing, and restoring mineral specimens as well as applying technology to mining challenges.  Outside of mining, I am a retired Intel Senior Fellow and a Distinguished Professor at the Australian National University.

Vice President of Mine Operations 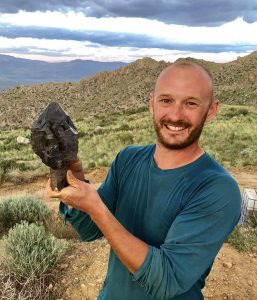 Kelly got his start in mining with a trip to hallelujah junction in 2010. After a day of hard digging, he got into a very fun pocket, which was the true beginning of it all. He spent the next few years playing in the mountains prospecting and collecting on public lands.

After that, in 2014 he returned to hallelujah junction for his first fee dig, which gave him a taste what it was like to dig with heavy equipment. After that, in 2016, Kelly was presented with an opportunity to buy shares in the Spruce Ridge LLC. Spruce Ridge is located in King County, WA where some of the worlds best quartz and pyrite clusters are found.

In 2017 he attended his first Tucson gem show, which was the inspiration to take the next step to running and hopefully owning mines. On the drive to the airport, he and best friend (and now mining partner) Ryan Anderson decided they wanted to own a part of the mountain that started it for the both of us, hallelujah junction. That spring they ran the commercial dig on krystal tips #2 south side of the claim. In 2018 and 2019 they ran the operation for Krystal tips #2 on the north side of the claim.

Shortly after, with his now solid reputation as an operator, Kelly had the opportunity run excavator at Pana mine in the summer of 2018. Then, due to unforeseen events, Kelly and his partners had the opportunity to purchase the Pana mine, and have since renamed it Sun Summit Sunstones.